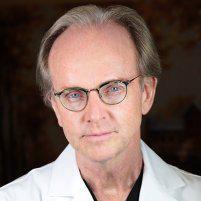 When twisted, enlarged veins wrap around your legs, you should consider varicose vein treatments to improve the condition.

Varicose veins can cause aching, itching, burning, and in extreme cases, ulcers. You don’t have to let varicose veins get the best of you. Let our friendly and experienced vascular specialist at Vein Clinics of Hawaii take care of your varicose veins treatment.

With convenient locations for Varicose Veins Treatment in Wailuku, Honolulu, Lihue, and Kamuela, Hawaii, you can get the smooth skin and legs you’ve always wanted.

Call today to go online to book your appointment with one of the top varicose veins doctor in Hawaii.

The Varicose Vein Throughout History

FROM TIME IMMEMORIAL, people have been vexed with these things called varicose veins. The word varicose itself dates back to ancient Greece and is derived from a word meaning grapelike. Well, if you’ve ever seen someone who has a horrible cluster of varicose veins you can understand why “grapelike” is so apropos. The first description of varicose veins in a medical writing was found in the Ebers papyrus possibly dating back as far as 3,500 years ago. These ancient Egyptian healers referred to varicose veins as “serpentine windings” and go on to say that they should not be operated on because the patients would be “head to the ground.” Now, I’m not exactly sure what that meant but I think I have a pretty good idea.

Hippocrates, considered the father of modern medicine, made some advances in treatment and actually talked about the use of compression wraps, something that vein doctors today find crucially important. He also believed in cautery and said, “What cannot be cured by medicaments (medication) is cured by the knife (surgery), what cannot be cured by the knife is cured with the searing iron (today: laser ablation), whatever this cannot cure must be considered incurable.” Insightful guy!

The Romans, as you might expect, started to get a little more invasive with their treatments. Galen was possibly the first physician to describe phlebectomy, a procedure still used today. You must remember though, this was in the days way before anesthesia of any sort- except that which came from the vine of course! One Roman emperor who was treated for varicose veins in one leg is recorded as saying, “I see the cure is not worth the pain!” Needless to say, the other leg was not treated and the treating physician was probably thrown to the lions.

It wasn’t until the twentieth century that surgical procedures became very aggressive with the advent of general anesthesia but we have found recently that being overly aggressive is not good either. Vein therapy has made tremendous advancements just over the past 10 years and the full spectrum of venous disease can be taken care of easily in the office with minimal to no down time. Unlike the Roman emperor mentioned, there is no reason not to undergo treatment for painful, unsightly varicose veins and… there should never be a reason to throw your physician to the lions!

So if you’re interested enough in getting Varicose Vein treatment in Hawaii, our advice is to take the next step and call our Vein Clinics of Hawaii offices to arrange for an initial consultation or schedule an appointment online. You’ll be happy you did.

Varicose veins form as enlarged, ropey lines that rise above your skin. Most often found on the legs, they protrude from the skin, creating bulges and ridges.

Accompanied by a variety of symptoms, varicose veins are associated with leg pain, including:

In some cases, ulcers form in conjunction with varicose veins.

Varicose veins result when the veins’ valves fail. When a valve stops working, the pressure in the vein increases, causing it to dilate and form the telltale bulging veins associated with varicose veins.

Rarely do varicose veins form without an underlying cause. To determine what’s causing your condition, Dr. Juleff completes a thorough examination and evaluation. Depending on your specific case, your varicose veins may result from:

What is chronic venous insufficiency?

Chronic venous insufficiency, or CVI, is a progressive condition that may develop as varicose veins progress. When you have CVI, the valves in your veins don’t work properly, making it difficult for the blood to pump up and out of your legs. This causes your blood to pool in the legs.

Its symptoms include leg swelling, tissue damage, and ulcers.

How do you treat varicose veins?

Dr. Juleff determines the best course of treatment for your varicose veins based on a combination of things, including your symptoms, their severity, and your lifestyle. He develops a treatment plan to address the underlying vein condition that causes your varicose veins.

In many cases, he performs a microphlebectomy to address your varicose veins. This technique, which is also referred to ambulatory phlebectomy or stab avulsion, removes varicose veins via tiny incisions made along your skin.

For a nonsurgical approach, Dr. Juleff may suggest a radiofrequency ablation. Using a catheter, he delivers radiofrequency energy into your varicose veins, heating them and making them collapse. Over time, the veins shrink and the blood reroutes through other veins.

Dr. Juleff may recommend combining your microphlebectomy or radiofrequency ablation with another treatment, as well as making some lifestyle changes at home. He may suggest wearing compression socks, losing weight, or starting a regular walking routine.

To learn more about improving the appearance and symptoms of varicose veins, contact Dr. Juleff, Hawaii’s vein specialist. Call one of the four offices today or go online to book your initial consultation.

Dr. Juleff and the Vein Clinics of Hawaii provide a wide arrange of services that include, but are not limited to:

For any questions or concerns regarding conditions and treatments, please feel free to contact our office to speak to a member of our friendly staff.